During a large scale forrest fire in Sweden this summer I was able to capture a few interesting dataset. One of those consists of a months worth of Twitter data. While doing a “test run” on the data to generate visualizations I found two really interesting patterns. By looking at these two graphs, I would say that Twitter users mainly look for interesting or important information, and forward it to our followers. There is hardly any conversations (or replies), and that really surprised me. 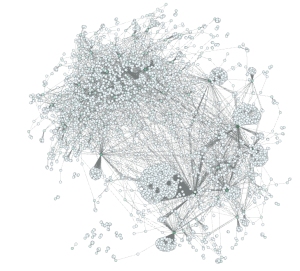 The left image shows the small number of reply networks with 315 reply tweets in total. The right image show a much larger network of retweets, with 9952 retweets. Clearly there is very little conversations going on Twitter, at least using the “official” hashtag of the forrest fire. Now the question for you! Why is this important, and how does it affect research on social media use in crisis in general?

More is to come regarding both this dataset and the event. Data was captured using Phirehose, the graphs were generated using Python and the pygexf library, and the network was visualized using Gephi.

educating today the disastermappers of tomorrow

We believe that digital volunteers are key to humanitarian response

observations at the edge of the network: what works, what doesn't, and why

WordPress.com is the best place for your personal blog or business site.